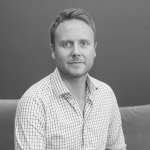 Working in the hotel internet marketing industry, staying on top of the hotel trends is vital! We often hear from others that what we do is not rocket science, well they’re right…it’s much harder! At least when working as a rocket scientist you are working on a static project with a limited number of variables, the hotel marketing industry however is in a constant state of change!

We have come up with 4 exciting new hotel trends that we think will continue to grow.

With competition in the hotel industry ever increasing, hotels are now looking for a new way to set them apart. The pressure is now on as hotels are not only looking to provide the best service and rooms, they are now also all fighting to have the best Chef in their restaurant. The Athenaeum have the Galvin Brothers, The Mandarin Oriental has Heston and The Berkley has got Marcus Wareing. More and more people are choosing to dine ‘in house’ and therefore gone are the days when having a decent hotel restaurant was adequate. The last few years have shown that it is in fact green that is the new black! We now live in an era where the cars are electric and recycling is deemed as cool. But how does this affect the hotel industry? Unfortunately now-a-days it takes a little more than re-using an old towel to deem a hotel eco friendly! Hotels are now introducing all sorts of initiatives to improve their green footprint. Qbic Hotel London has been named as the greenest hotel in London with their electricity being generated by solar panel and having showers that cleverly mix in air to reduce water use! Whilst we are still living in an age where the world is still predominantly run by mankind, some hotels are testing this by the introduction of robots and technology into the experience for guests. It is becoming increasingly more popular for hotels to provide tablets to guests where they are able not only able to control all room functions (blinds, lights, the TV) but the tablets are also used as digital concierge services. Guests are now able to order room service, check out what’s going on in the hotel and book the restaurant all from this super handy tablet. For some hotel’s though this isn’t enough, in 2015 Japan successfully pulled off a hotel run solely by Robots…! Call us old fashioned but this is perhaps a step too far and nothing can beat the personal touch of being welcomed at the door by a human! Have you ever dreamt of falling asleep completely suspended in the air or even down under the water amongst the fishes? Some Hotels have started seeking change in the concept of their spaces, after all, there is something about four walls and a ceiling that is so last year ! Tree Hotel is a German hotel like no other! You have the choice of 7 different rooms, but there is no deciding between the deluxe and the suite here! These rooms range from The Mirror cube, an entirely unique perfect cube created completely out of mirrored glass and hidden in the centre of the German forest right to The UFO. The UFO is what it says on the tin really! It is literally a space for 5 adults to stay encompassed in a huge UFO! Coronavirus: What Does This Mean For Your Hotel Digital Marketing?
Read Post

How To Set Up A Google Maps API Key
Read Post

Is Google about to become the next big OTA?  Google’s new experiment to show hotel prices along with map listings … END_OF_DOCUMENT_TOKEN_TO_BE_REPLACED

Google is launching a new enhancement to the Google places listings for a wide range of businesses including hotels.  Google … END_OF_DOCUMENT_TOKEN_TO_BE_REPLACED

Google My Hotel: The UP Guide For Hotels

Recently Google announced a radical change to it’s maps/local/business/plus interface. It has now never been easier for a hotel to … END_OF_DOCUMENT_TOKEN_TO_BE_REPLACED

Apple has quietly launched Apple Maps Connect. Following in the footsteps of Yelp and Google My Business, Apple has created … END_OF_DOCUMENT_TOKEN_TO_BE_REPLACED

Step 1: Navigate to: http://www.google.com/local/add/businessCenter?service=lbc Step 2: Login using a Google account. It is advisable to create a Google account … END_OF_DOCUMENT_TOKEN_TO_BE_REPLACED

With some hailing Google+ as the Facebook killer, it is definitely worth taking note of. While it may not be … END_OF_DOCUMENT_TOKEN_TO_BE_REPLACED

Coronavirus: What Does This Mean For Your Hotel Digital Marketing? Read Post

How To Set Up A Google Maps API Key Read Post