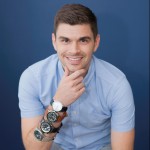 August marks Josh’s, our Lead Front End Developer, work anniversary at UP. As the first official employee of the company, he’s had plenty of experience watching the company grow and develop. He’s had a hand in more or less every project that has passed through the company’s hands; and feeling rather nostalgic, he’s decided to make an article on how times have changed since the inception of the company almost a decade ago.

Within the last 10 years, one thing is certain: the internet has boomed. Along the way, as you’d expect, a multitude of things have evolved. Let’s take a look at how things were when UP first formed.

SEO was a simpler time in the olden days. Now it’s known as a “black hat” practice, but 7 or so years ago link building was THE way of getting up the search engines. The idea was simple: get sites with a high Page Rank (more on that later) to link back to your site. It didn’t matter if these sites weren’t related, all that mattered is that magic PR number. Links were fairly cheap too, it was around $15 for a PR1 link. Google thought “this site with a PR1 is linking to this site for a plumber in the Midlands. This plumbers’ site must be amazing, let’s rank it highly!”. The same was true for articles that were placed strategically on various sites.

Page Rank was a visible indication of how important Google viewed a website, based on the number and quality of links pointing to a specific site (you can see how easy it was to manipulate this). Check out the article on Wikipedia, it has plenty of algorithms in there and tells us that it was deprecated in 2013. RIP. https://en.wikipedia.org/wiki/PageRank Another amazing way of tricking Google to think a site covered a wide range of keywords was to add a hidden paragraph (with CSS) in your page chock full of literally hundreds of search terms. Your visitors wouldn’t see this ugly text, but Google would as it spidered the site.

It’s hard to remember a time when social media didn’t have as much weight as it does now. Instagram was created in 2010, and at that time Twitter only had 30M users (now 335M) and Facebook 482M (now 2.25B). Companies barely bothered with social media accounts – can you imagine?!

Nowadays, everything is focused on mobile devices. When UP first formed, that wasn’t even a consideration when it came to building websites. The iPad was released in 2010 (I remember Dave, our founder, coming back from the States with one just when it was released) and before that point, web browsing was primarily on laptops and desktops. Yes, phones did have browsers (I loved my Windows Mobile phones) but they always displayed the website in desktop format and you’d just scroll around it.

Then came a huge question: do you go down the responsive route – or – develop a separate mobile site?

The vast majority (us too) believed a separate mobile site was the best route, and we set out developing these for our main clients. This was because you could strip back all the content, serve smaller images (responsive images weren’t a thing back then), and tailor the design to a mobile device easily. A script was inserted into the main website that simply redirected you to the separate mobile site if you were on a mobile device.

Check out the mobile site we created for our sister company ADAO:

As mobile phone technology grew and grew, and more people started using them for internet browsing, we saw a massive shift in development: Flash was to be no more. In 2010, Steve Jobs slammed Flash as being “unfit for the modern era”; his main concerns being that Flash is very performance consuming and also impossible for Search Engines to read (so no good for SEO). He was right of course, but I still miss easily making animations and games.

WordPress now caters for pretty much 50% of all the websites reachable by search engines. However, this wasn’t always the case. WP started life as merely a blog, and as such, it wasn’t suitable for a full-on CMS (content management system). Instead, we opted for Modx, which would allow you to easily create editable regions, all without having any sort of PHP knowledge or experience.

How about fonts? Well, we didn’t have webfonts as we know now. Instead, if you were desperate to use a font other than system fonts, we’d use Cufon (http://cufon.shoqolate.com/generate/), which replaced every single letter with a separate image.

Design trends were heavy, with a large focus on skeuomorphism (the original notes app on iPhone anyone?). There were box shadows everywhere, trying to make everything “feel 3D”.

At UP, however, we prefer to avoid fleeting trends – and rather focus on elegant, timeless designs. For instance, take a peek at this design for the Flemings Mayfair website we developed in 2012/2013 – whilst this is over 5 years old, it barely looks aged at all. Rewind even further – remember flashing GIFs and scrolling tickers? Just visit the Space Jam website – this is untouched since 1996 and gives you a glimpse into how web design was.

It’s amazing to think about how things change. As technology around us constantly changes at such a drastic rate, it’s often funny to sit back and see how things used to be.

We are a very agile, forward thinking company. Whilst we do follow styling that is popular in the here and now, we don’t copy and paste fleeting design trends. Likewise, when it comes to search engine optimisation and website development, we’re always using the most effective and modern techniques available.

Our award-winning team specialises in hotel and travel websites with a focus on designing sites that produce real revenue and tangible results. Our experts understand the hotel market inside-out and have produced a range of award-winning websites that clients can be proud to share. Get in touch now to discuss your website and internet marketing needs. We promise we won’t use Flash, link building or skeuomorphism design.

Coronavirus: What Does This Mean For Your Hotel Digital Marketing?
Read Post

How To Set Up A Google Maps API Key
Read Post

Is Google about to become the next big OTA?  Google’s new experiment to show hotel prices along with map listings … END_OF_DOCUMENT_TOKEN_TO_BE_REPLACED

Google is launching a new enhancement to the Google places listings for a wide range of businesses including hotels.  Google … END_OF_DOCUMENT_TOKEN_TO_BE_REPLACED

Google My Hotel: The UP Guide For Hotels

Recently Google announced a radical change to it’s maps/local/business/plus interface. It has now never been easier for a hotel to … END_OF_DOCUMENT_TOKEN_TO_BE_REPLACED

Apple has quietly launched Apple Maps Connect. Following in the footsteps of Yelp and Google My Business, Apple has created … END_OF_DOCUMENT_TOKEN_TO_BE_REPLACED

Step 1: Navigate to: http://www.google.com/local/add/businessCenter?service=lbc Step 2: Login using a Google account. It is advisable to create a Google account … END_OF_DOCUMENT_TOKEN_TO_BE_REPLACED

With some hailing Google+ as the Facebook killer, it is definitely worth taking note of. While it may not be … END_OF_DOCUMENT_TOKEN_TO_BE_REPLACED

Coronavirus: What Does This Mean For Your Hotel Digital Marketing? Read Post

How To Set Up A Google Maps API Key Read Post